According to recent estimates, the global prevalence of type 2 diabetes (T2D) is 347 million, and Alzheimer disease (AD) and dementia affect 44.4 million people worldwide.1 A growing body of research supports an association between the 2 diseases, with some experts referring to AD as “type 3 diabetes.”2 Studies point to shared biologic mechanisms and environmental risk factors such as lifestyle, diet, and air pollution.

“This may suggest shared pathogenic pathways between T2DM and AD, with T2DM, which occurs on average earlier in life than AD, exacerbating neuronal and metabolic dysfunction, further increasing the risk of developing AD,” as stated in a review published in March 2018 in Current Environmental Health Reports.3 In a 2013 meta-analysis, the pooled adjusted risk ratio for AD among those with T2D was 1.57 (95% CI, 1.41-1.75).4

Findings suggest that insulin resistance and deficiency may increase AD risk via their influence on brain function. Insulin and leptin have been found to “regulate neuronal and synaptic function in different regions of the brain, protect neurons against neurodegeneration and cell death, and affect cognition and behavior,” and to modulate β-amyloid production and degradation.3

Other mechanistic pathways potentially connecting the 2 diseases include mitochondrial dysfunction, inflammation, increased advance glycation end products, and chronic oxidative stress and inflammation such as those caused by pollutants.5

The authors of the new review explored findings from observational studies that examined the T2D-AD link and shared risk factors. Examples of these results are highlighted below.

Future research “will ideally elaborate on the role of shared environmental risk factors contributing to these disorders, including but not limited to air pollution and pesticides, and consider how metabolic dysfunction may modify the impact of these exposures on cognitive decline,” the authors of the 2018 review concluded.3

Other research supports a genetic component to the overlap between AD and T2D. A 2015 study identified 927 single nucleotide polymorphisms (SNPs) associated with both AD and T2D (P ≤.01), and 395 of these “have the same risk allele for AD and T2D, suggesting common pathogenic mechanisms underlying the development of both AD and T2D,” the researchers wrote.1 Their findings further suggest that “among T2D subjects with common genetic predispositions (e.g., SNPs with consistent risk alleles for T2D and AD), dysregulation of these pathogenic pathways could contribute to the elevated risks for AD in subjects.”

To learn more about the link between AD and T2D, Endocrinology Advisor checked in Giulio M. Pasinetti, MD, PhD, professor of neurology, psychiatry, geriatrics and palliative medicine, and neuroscience at Icahn School of Medicine at Mount Sinai; program director of the NIH-funded Mount Sinai Center for Molecular Integrative Neuroresilience; and chief of the Brain Institute Center of Excellence for Novel Approaches to Neurodiagnostics and Neurotherapeutics. Dr Pasinetti was one of the authors of the 2015 genetics study.

Endocrinology Advisor: What is known thus far about associations between Alzheimer disease and T2D?

Dr Pasinetti: Extensive epidemiologic evidence indicates that individuals with T2D are at higher risk of developing AD. In support of this, our laboratory has recently shown a number of shared genetic polymorphisms between patients with T2D and AD, indicating that these 2 diseases may involve and progress through similar mechanisms. It is important to note, however, that we have not demonstrated that T2D predisposes individuals to AD, although there is some research suggesting this link.

Endocrinology Advisor: What are the potential mechanisms underlying this connection?

Dr Pasinetti: The onset of both AD and T2D depends on the integration of multiple genetic and environmental factors. Genetic predispositions to T2D implicate the fundamental insulin signaling pathways including insulin resistance and insulin receptor expression. However, findings from various clinical and epidemiologic studies have indicated a strong lifestyle component, including excessive caloric intake, high sugar consumption, and prolonged periods of inactivity.

Similarly, the risk of AD is heightened by genetic polymorphisms including variations in amyloid precursor protein and the gamma secretases. As with diabetes, there is a very strong influence of lifestyle factors linked to AD pathologies that parallel those for diabetes. Because of these factors, the epidemiology of these 2 seemingly diverse conditions overlaps.

Endocrinology Advisor: What are the current treatment implications for clinicians?

Dr Pasinetti: Clinicians should understand that T2D is a risk factor for cognitive deterioration and potentially dementia associated with AD. They may develop an additional treatment plan for those with genetic predispositions to AD, advising them to simultaneously reduce the risk factors of diabetes to protect their neurologic health. In addition, patients with diabetes should also receive counseling to understand their elevated risk for developing dementia, and they could be tested for the genetic risk factors to inform a more effective prophylactic treatment regime.

Endocrinology Advisor: What should be the focus of future research on this topic?

Dr Pasinetti: The direction of the link between T2D and AD should be causally mapped. Studies have shown preliminary evidence that there is, to some degree, insulin resistance present in the brain of patients with AD, and further studies should be developed to understand the extent of this relationship. Understanding how T2D contributes to this physiologic observation in patients with AD is critical to elucidating their common mechanisms. Furthermore, there is still debate regarding the extent to which diabetes may or may not influence the onset of dementia, especially when considering the multifactorial nature of both AD and T2D. 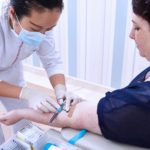