A study published in Diabetes Care has shown that increased insulin resistance in patients with type 2 diabetes is associated with a lower glycemic response to dipeptidyl peptidase-4 (DPP-4) inhibitors.

The study researchers analyzed data from 254 subjects enrolled in the Predicting Response to Incretin Based Agents (PRIBA) study to identify clinical features and biomarkers predictive of short-term glycemic response in patients starting DPP-4 inhibitor therapy. PRIBA was a prospective study of patients who had not been treated with insulin but who had begun DPP-4 inhibitor therapy, designed to evaluate whether patients with low insulin secretion would have poor glycemic responses to incretin-based treatments.

The researchers then retrospectively analyzed a larger group of patients enrolled in the Clinical Practice Research Datalink (CPRD) of the UK electronic healthcare records to validate the consistency of associations found from the PRIBA analysis in 23,001 additional study participants.  Analysis of CPRD allowed researchers to identify links between baseline markers and the durability of response over 3 years.

A separate analysis was performed for glucagon-like peptide 1 (GLP-1) receptor agonists in 339 PRIBA subjects and 4464 CPRD subjects in order to examine the relevance of their findings.

The indicators of higher insulin resistance in PRIBA were HOMA2 insulin resistance (P =.01), increased fasting C-peptide (P =.03), and triglycerides (P <.01), all of which were linked with a lower HbA1c response to DPP-4 inhibitors over 6 months. Increased triglycerides and body mass index (BMI) were linked with lower HbA1c responses in CPRD as well (P <.01).

Indicators of insulin resistance showed no association with response to GLP-1 receptor agonists.

In conclusion, “[markers] of higher insulin resistance are consistently associated with reduced glycemic response to DPP-4 inhibitors. This finding provides a starting point for the application of a precision diabetes approach to DPP-4 inhibitor therapy.” 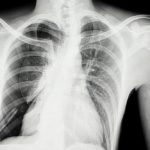