Both second-line thiazolidinediones (TZDs) and incretins are effective in lowering glycated hemoglobin (HbA1c) in individuals with type 2 diabetes over the course of 2 years, according to a study recently published in Diabetes, Obesity and Metabolism.

This real-world study included 163,081 individuals between the ages of 18 to 80 years with type 2 diabetes. All subjects started on metformin and were moved to a second-line treatment with glucagon-like peptide-1 (GLP-1) receptor agonists (GLP-1RAs), insulin, dipeptidyl peptidase-4 (DPP-4) inhibitors, sulphonylureas (SUs), or TZDs for a minimum of 6 months. Data for this study came from US Centricity Electronic Medical Records, using baseline characteristics to balance the different treatment groups. They measured glycemic achievements through use of logistic regression analysis.

Researchers conclude that “[patients] treated with second-line incretins and [TZD] had significantly higher probability of achieving and sustaining glycaemic control over two years without further intensification, compared to those treated with [SU] or insulin.” 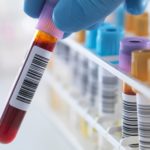