Treatment with glucagon-like peptide-1 (GLP-1) agonists is associated with greater reductions in glycated hemoglobin (HbA1c) and body weight than dipeptidyl peptidase-4 (DPP-4) inhibitors in patients with type 2 diabetes, according to a meta-analysis published in Diabetes, Obesity and Metabolism.

Investigators systematically searched randomized controlled trials (RCTs) that compared GLP-1 agonists with DPP-4 inhibitors for efficacy and adverse effects in an adult population with type 2 diabetes. In addition, the investigators sought out trials which included participants who switched from a DPP-4 inhibitor to a GLP-1 agonist. A total of 18 studies were included in the final analysis, of which 13 were RCTs and 5 were interventional trials that assessed participants who switched therapy.

There was considerable variation in treatment duration among trials, which represents a potential limitation of this meta-analysis. Additionally, the investigators observed a significant between-study heterogeneity in the analyses, which further limits the findings.

The findings from this analysis, while not unexpected, suggest that GLP-1 agonist may be a treatment strategy “to consider when glycaemic goals are not achieved with a treatment regimen that includes a DPP-4 inhibitor.” 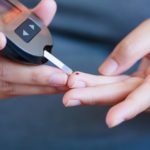