A study recently published in Diabetologia has shown that empagliflozin does not affect women and men with type 2 diabetes differently in terms of heart failure (HF) hospitalization, cardiovascular (CV) death, or worsening nephropathy rates.

The participants of this study were 28.5% women, were diagnosed with atherosclerotic CV disease, and had a type 2 diabetes diagnosis defined by glycated hemoglobin between 53 and 86 mmol/mol (7 to 10%) and estimated glomerular filtration rate greater than 30 mL/min (1.73 m-2). After random assignment into 3 groups, subjects were given standard care plus 10 mg empagliflozin doses, 25 mg empagliflozin doses, or placebo doses.

The study researchers conclude that “CV death, HF hospitalisation and incident or worsening nephropathy rate reductions induced by empagliflozin were not different between women and men.” 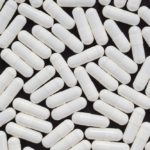