For individuals with type 2 diabetes, postprandial allulose had a catalytic effect, leading to modestly reduced blood glucose responses on a 75g oral glucose test, but fructose did not have this effect, according to a study published in Diabetes, Obesity, and Metabolism.

To compare the effects of “catalytic” doses of allulose and fructose on the response of individuals with type 2 diabetes with an oral glucose tolerance test, study investigators conducted a controlled, multiple-crossover, randomized, double-blind, acute feeding, equivalence design trial with a > 1-week washout period. Study participants, who were recruited from November 2015 to July 2016, had to be between 18 and 75, non-smokers, not pregnant, have a body mass index between 18.5 and 35, not taking insulin, with type 2 well-controlled through diet and/or antihyperglycemic agents, and free of other major diseases.

After a 10 to 12 hour overnight fast, study participants received 6 treatment drinks (4 test and 2 control drinks) in random order on 6 separate mornings at the study center. The drinks contained 0g (control), 5g, or 10g of allulose or fructose mixed into a 75g glucose solution in 500 mL of water. Flavoring and colors were used to mask differences, and the drinks were matched for sweetness, appearance, texture, and packaging. Study participants skipped their antihyperglycemic medications on the morning of each visit to the study center. Fasting blood samples were collected at -30 minutes and at 0 minutes, then the drinks were consumed at a steady rate over 5 minutes. Four additional blood samples were drawn at 30-minute increments after the start of treatment.

Study investigators conclude that allulose could be a useful sugar substitute, particularly as it tastes 70% as sweet as sucrose does and has 90% fewer calories. They conclude, “we demonstrated that allulose, but not fructose, modestly reduced the postprandial blood glucose response to an oral glucose load showing a linear dose-response gradient over 0g to 10g in individuals with type 2 diabetes. There is a need for long-term randomized trials to confirm whether these acute reductions in postprandial blood glucose will lead to sustainable improvements in glycemic control.”

This study was funded by the Tate and Lyle Nutritional Research Fund at the University of Toronto (a fund established by Tate & Lyle Ingredients Americas LLC, Hoffman Estates, IL, USA). 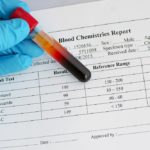