Coinitiation of ertugliflozin and sitagliptin in patients with type 2 diabetes with blood sugars inadequately managed with diet and exercise resulted in clinically meaningful improvement in glycemic control over 26 weeks, according to results published in Diabetes Therapy.1

There were significant reductions in fasting plasma glucose, 2-hour post-prandial glucose, body weight, and systolic blood pressure in both of the ertugliflozin/sitagliptin groups compared with placebo.

Incidences of the pre-specified adverse events — urinary tract infection, genital mycotic infection, symptomatic hypoglycemia, and hypovolemia — were low and not meaningfully different across all groups.

“About one-third of adults with type 2 diabetes in the US are not at their A1c goal, and many adult patients may need multiple medications to help manage their condition,” Dr Engel said. “In [the] VERTIS SITA [study], patients taking STEGLATRO [ertugliflozin] in combination with JANUVIA [sitagliptin] experienced greater reductions in A1C compared with patients taking placebo alone.”

Dr Engel also added that in VERTIS FACTORIAL, a study published online in Diabetes, Obesity and Metabolism in December 2017, 1233 patients with type 2 diabetes who were inadequately controlled on metformin alone (≥1500 mg/day) were examined,2 and “the co-administration of STEGLATRO [ertugliflozin] and JANUVIA [sitagliptin] was significantly more effective than either medication alone in achieving an A1C goal of less than 7.0 percent.”

Limitations of the VERTIS SITA study included not directly comparing treatment with metformin, the recommended first-line therapy in most patients with type 2 diabetes. In addition, not all patients were drug-naive — approximately 50% of patients had discontinued prior therapy before the placebo run-in and study arm randomization.

The VERTIS SITA researchers concluded that in patients with type 2 diabetes who did not have adequate glycemic control with diet and exercise alone, “coinitiation of ertugliflozin and sitagliptin provided clinically meaningful improvements in glycemic control and reduced body weight and [systolic blood pressure] relative to placebo.” 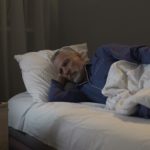