A machine learning model developed to predict thyrotoxic atrial fibrillation (AF) in people with hyperthyroidism may be the first analytical tool to assess a patient’s risk of developing the condition. The discovery could aid in research and disease management, according to a study published in BMC Endocrine Disorders.

Researchers sought to build a machine learning prediction model for AF and to rank predictors in order of importance using machine learning techniques. They conducted a retrospective, observational study of 420 patients with overt hyperthyroidism, of whom 127 had thyrotoxic AF.

Participants underwent outpatient or inpatient hyperthyroidism treatment at 2 centers in St. Petersburg, Russia, between 2000 and 2019. Adult participants with a history of overt hyperthyroidism associated with Graves disease, toxic adenoma, or multinodular toxic goiter were eligible for study inclusion.

Thirty six variables, classified into 6 categories, were considered in creating the prediction model: demographic data, hyperthyroidism characteristics, cardiovascular status before and during hyperthyroidism, metabolic parameters and blood tests, smoking status, and heart rate-reducing therapy. The researchers also evaluated thyroid status and other laboratory measurements at the time of a hyperthyroidism diagnosis prior to administration of thyrostatic drugs.

Data were processed and then randomly divided into 2 parts: 70% were used for estimation of the model (training), and 30% were used for validation (testing; n=294 and 126, respectively). A 5-fold cross-validation was performed to estimate each model’s performance. Three interpretability techniques were then applied to represent the prediction model graphically.

The total cohort was composed of 79.3% women; mean age at hyperthyroidism onset was 44.3 ± 12.1 years. Ninety-four percent of patients had Graves disease. In the majority of cases, thyroid-stimulating hormone was lower than the detection limit of 0.01 µIU/L. Results of a lipid panel assessment showed that total cholesterol, low-density lipoprotein, and mean triglyceride level were on target; mean high-density lipoprotein level for men and women was at the lower limit of the target range.

Among patients with thyrotoxic AF, more patients were men, smokers, and had nonimmune thyrotoxicosis, a prolonged duration of subclinical hyperthyroidism, and multiple relapses compared with the nonthyrotoxic AF group. There were also more cases of arterial hypertension and congestive heart failure in this group.

Among the 8 machine learning methods evaluated, the XGB classifier achieved the highest accuracy, with the best model validated on the test set. Performance metrics were 84% accuracy, 82% precision, and 77% recall. The final XGB model achieved a high predictive capacity, with an area under the receiver operator characteristics of 0.93.

The top 4 features in both the feature importance and SHAP methods were hyperthyroidism duration, PAC, PVC, and heart rate during hyperthyroidism. When creating a list of the 5 most important risk factors for thyrotoxic AF, the researchers considered all results from both methods; this list included the top 4 features with the addition of age.

Study limitations included the retrospective nature of the research, the small sample size for a machine learning study, the potential for model accuracy to change when tested across cohorts, and the need for future validation, as well as the need for 3 input variables — PAC, PVC, and rhythm disorders — to require electrocardiographic results.

“Further studies have to confirm these new [thyrotoxic AF] risk factors, as well as validate the usefulness and appropriateness of our model in independent cohorts,” the researchers concluded. “[This] study could serve as a basis for further research focused on [thyrotoxic] AF prediction improvement and facilitation of thyrotoxic patients’ management. Our results could be considered in the development of [thyrotoxic AF] risk scales, introduction of which into clinical practice has a potential to reduce [thyrotoxic] AF incidence.” 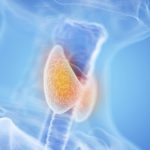