Clinicians should consider screening women with fertility problems or recurrent early pregnancy loss for thyroid disease, as these conditions may have significant adverse effects on female reproductive health, according to a review published in The Obstetrician & Gynaecologist.

“Abnormalities in thyroid function can have an adverse effect on reproductive health and result in reduced rates of conception, increased miscarriage risk and adverse pregnancy and neonatal outcomes,” study researcher Amanda Jefferys, MRCOG, BMedSci, BMBS, DFSRH, of the Bristol Centre for Reproductive Medicine in the United Kingdom, said in a press release.

“However, with appropriate screening and prompt management, these risks can be significantly reduced.”

In the study, researchers reviewed the effect of thyroid disorders on reproductive health as well as current evidence on optimizing thyroid function to improve reproductive outcomes.

For instance, the researchers found that, compared with 1.5% of women in the general population, about 2.3% of women with fertility problems had hyperthyroidism. They also noted an association between hyperthyroidism and menstrual irregularity.

Hypothyroidism also appeared to adversely affect reproductive health, according to the review, with data linking the condition to delayed sexual maturity in childhood and adolescence and menstrual problems or a lack of ovulation in adults.

In addition to fertility, the researchers noted thyroid disease has also been linked to increased risk for miscarriage, as thyroid hormone plays a role in embryonic development. Further, thyroid disease, especially hyperthyroidism, is associated with preterm delivery, preeclampsia, growth restriction, heart failure and stillbirth, according to the review.

Although the connection between thyroid disease and trouble conceiving has been demonstrated in other studies, guidelines do not currently recommend routine screening for thyroid disease in asymptomatic women presenting with fertility problems, the researchers wrote.

The researchers concluded that clinicians should consider screening women with fertility problems and recurrent miscarriage for thyroid diseases. They noted, however, that evidence does not support routine screening of the general population at the beginning of pregnancy.

The researchers also underscored the importance of continuing on antithyroid medication throughout pregnancy in women who are already diagnosed with thyroid disease.

“Thyroid disease is common in the reproductive medicine setting; in fact, it is the most common endocrine condition affecting women of reproductive age,” Jason Waugh, MRCOG, editor-in-chief of The Obstetrician & Gynaecologist, said in the release.

“This paper highlights how thyroid disorders can affect fertility and pregnancy and makes a case for universal screening.” 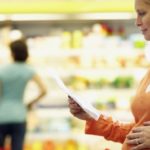 What You Should Know About Iodine Nutrition: 6 Common Patient Misperceptions