New research shows that elderly patients with subclinical hypothyroidism undergoing coronary angioplasty may have no greater risk of death after the procedure in the long-term than their younger counterparts.

“Our results suggest that subclinical hypothyroidism may not an independent risk factor for mortality in older patients undergoing percutaneous coronary intervention (PCI). The increase of serum TSH observed in the elderly may represent a physiological process reflecting a certain degree down-regulation hypothalamus-pituitary-thyroid-peripheral (HPTP) axis. Therefore, subclinical hypothyroidism, especially mild elevation of TSH, should not be regarded as a pathological condition in older patients undergoing PCI,” Zheng et al. wrote.

The authors noted their findings differ from those published by Alon Grossman, MD, et al. in 2015 in the American Journal of Medicine in which Grossman et al. found that subclinical hypothyroidism was associated with an increased risk for mortality in elderly patients.

Other limitations of the Zheng et al. study included that it was a single-center retrospective study; the thyroid function test was only taken once at baseline; and, the study did not include patients with existing acute cardiac disease.

“Owing to the relatively few studies [on this subject], the result should be interpreted carefully and confirmed by further studies. To date, most of the findings in the elderly were derived from the general population. Although subclinical hypothyroidism has been associated with an increased risk of mortality in patients with established cardiovascular disease, it is ambiguously defined whether SCH increases the risk of mortality in older patients with established cardiovascular disease,” Zheng et al. wrote.

Disclosures:  The authors declared no conflicts of interest. 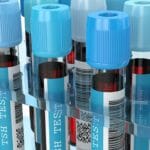