Hypothyroidism is associated with an increased risk for dementia, according to the results of a nationwide study published in Clinical Endocrinology.

To investigate the potential association of hypothyroidism with an increased risk for dementia, longitudinal data from 275,467 individuals (75% women) with at least one serum thyrotropin (TSH) measurement were analyzed. Hypothyroidism was defined as having had at least two prescriptions for thyroid hormone dispensed, or having at least 2 consecutive elevated TSH values (>4.0mIU/L) and confirmed with a hypothyroidism ICD-10 code. Dementia was defined as having had a relevant ICD-10 or ATC code recorded.

Limitations to this study include the inability to determine the severity, cause, or treatment of hypothyroidism experienced by included individuals. The progressive nature of both hypothyroidism as well as dementia make it difficult to determine disease onset. The use of register-based data in the definition of the conditions leads to vulnerability to physician misclassification.

Future research investigating the association of hypothyroidism treatments with the risk of dementia is warranted. 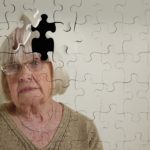 Surgery Skipped for Most Older Adults With Primary Hyperparathyroidism