Patients presenting with papillary thyroid microcarcinoma (PTMC) could harbor advanced pathological features, such as lymph node or distant metastases, lymphovascular invasion, or microscopic or gross extrathyroidal extension (ETE), which are not easily detectable and may have important prognostic value, according to study results published in the Journal of the American College of Surgeons.

The prevalence of PTMC, defined as papillary thyroid carcinoma ≤1 cm, is estimated to be 30%, with many studies supporting a good prognosis associated with these tumors. The 2015 American Thyroid Association guidelines recommend lobectomy for PTMC but also discuss the role of active surveillance for lower risk tumors. The goal of the current study was to explore the incidence of advanced pathological features and the interrelation between those features to better understand the risk for advanced PTMC at presentation.

The retrospective cohort used data from the National Cancer Data Base, a nationwide, comprehensive clinical surveillance resource oncology dataset that captures most of the newly diagnosed malignancies in the United States.

The researchers acknowledged several study limitations, including no follow-up data on recurrence, missing information on radiation exposure and family history of thyroid cancers, and a relatively short follow-up period.

“Patients with PTMC could harbor advanced pathological features that are not easily detectable by routine preoperative workup and can only be identified on histopathological examination after surgery,” concluded the researchers. “This

study [did not investigate] the risk of recurrence…rather it is highlighting important findings of how aggressive PTMC could be. Physicians should be able to counsel patients that active surveillance would miss significant survival predictors at presentation.” 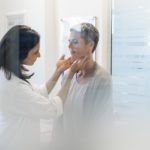