Sonographic risk stratification systems are tools designed to identify or rule out nodules that can safely be deferred based on cytologic assessments. As the abilities of sonographic risk stratification systems vary widely, researchers conducted this prospective study to determine whether there was a notably superior system of the 5 systems recognized by international organizations. In the study, thyroid nodules referred for FNA (N = 502) from 477 patients (average age, 55.9) were examined in a pre-FNA ultrasound system and classified using each risk stratification system. The researchers aimed to determine the percentage of nodules for which the systems deemed biopsy unnecessary and the reliability of these evaluations based on multiple parameters of diagnostic accuracy including negative predictive value and false negative rates.

Compared with the other systems, the Thyroid Imaging Reporting and Data System from the ACR was significantly better at ruling out requested biopsies, classifying more than half as unnecessary. This system also had the lowest false negative rate of all those included (2.2%). The American Thyroid Association’s (ATA) system followed in ranking, with a rule-out rate of 43.8% and a false negative rate of 4.1%. However, unlike the ACR system that classified all nodules, the ATA’s system failed to classify 17.9% of thyroid nodules, a clear disadvantage. The researchers also reported that the Korean Society of Thyroid Radiology’s system dramatically underperformed, with a rule-out rate of 17.1%.

Overall, there were 11 nodules definitively diagnosed as malignant that would have been misclassified as unfit for FNA by at least one of the systems. In addition, 3 cancers that were either isoechoic or hyperechoic relative to the surrounding parenchyma were missed by all 5 systems.

Several limitations were noted, including the study’s composite reference standard, which the researchers said was “not error-free” (ie, FNA cytology standards used to classify thyroid nodules as benign can yield false-negative results).

The researchers said that except for the Korean Society of Thyroid Radiology system, “all other systems exhibited significant discriminatory performance but produced significantly smaller reductions in the number of procedures” compared with the ACR system. “The best overall performance was that of the ACR [Thyroid Imaging Reporting and Data System], which classified over half of the requested biopsies as unnecessary, with a negative predictive value of 97.8%.” 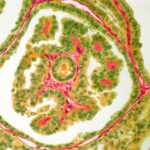 Obesity Not Associated With Worse Outcomes in Thyroid Cancer