Laser speckle contrast imaging (LSCI) during thyroidectomy may improve prediction of hypoparathyroidism, as this technique provides surgeons with additional information about parathyroid gland functioning, according to the results of a study published in Thyroid.

Researchers from Vanderbilt University Medical Center recruited 79 patients who were scheduled to undergo thyroidectomy. Following thyroid resection, all accessible parathyroid glands were imaged with the LSCI system. The average speckle contrast was obtained for each gland by segmenting an average image comprising 10 frames. The LSCI technique increased the duration of surgical procedures by approximately 5 minutes.

Rates of temporary and permanent hypoparathyroidism were 8.3% and 1.4%, respectively.

This study may have been limited as a result of not all glands being imaged or evaluated.

The study authors concluded that the LSCI technique was rapid and effectively provided surgeons with additional information about gland vascularity, predicting postoperative hypoparathyroidism. 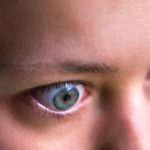