Cognitive impairments and slower processing speeds correlated with lower serum calcium and higher serum phosphate levels in adults with hypoparathyroidism, according to a study published in the Journal of the Endocrine Society.

Approximately 13 of the 19 people in the study group (68%) exhibited cognitive impairments based upon global NIHTB-CB scores. Notable deficits occurred in processing speed, with more subtle impairments in episodic and working memory. Among patients on medication, 3 were on therapies known to impair cognitive function but none of them had impaired processing speed.

General health perceptions in the SF-36 domain positively correlated with adjusted NIHTB-CB scores measuring processing speed, attention, and executive function. The investigators did not observe any other correlations between NIHTB-CB, NIHTB-EB, and SF-36 scores.

The study findings were limited by the small sample size, study homogeneity, inclusion of perimenopausal women, a group researchers said are at risk for cognitive dysfunction, and patients on medications known to affect cognition. A lack of a control group as well as standardized neuropsychological test batteries may have also affected the study results.

“Slowed processing speed can have adverse clinical effects, =the study authors concluded. Increased time is required to perform everyday activities, leading to reduced [quality of life] and potentially affecting safety,” the authors said. “Identification of possible impairment could help with institution of targeted cognitive interventions to reduce symptom burden in this rare but debilitating disease.”

Disclosure: One study author declared an affiliation with a pharmaceutical company. Please see the original reference for a full list of authors’ disclosures. 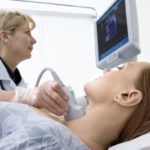