Postoperative hypocalcemia and recurrent laryngeal nerve (RLN) injury among patients undergoing thyroidectomy represent potential measures hospitals can use to evaluate performance and treatment quality, according to findings from a retrospective study published in JAMA Surgery.

Generalizability of these findings is difficult because of the predominantly female cohort (79.1%) and because of the small number of hospitals that participated in the study.

The investigators suggest that assessment of hypocalcemia at 30 days may be “important to measure from quality improvement and societal perspectives.” 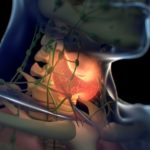