Fetal brain development might be hampered by mild to moderate maternal iodine deficiency, especially in the first trimester, according to study results published in The Journal of Endocrinology & Metabolism.

To evaluate how iodine levels in pregnant women influence child IQ and determine at what point fetuses could be most susceptible to maternal iodine deficiency, researchers conducted a meta-analysis of 6180 mother-child pairs from 3 prospective population-based birth cohorts (Generation R [Netherlands], Infancia y Medio Ambiente Project [Spain], and Avon Longitudinal Study of Parents and Children [United Kingdom]). Each pair was measured for maternal urinary iodine and creatinine concentrations during pregnancy, and data for verbal and nonverbal child IQ were available from each cohort.

Median urinary iodine/creatinine ratio was 159 μg/L (adequate intake) in the Generation R cohort, 128 μg/L (mild deficiency) in the Infancia y Medio Ambiente cohort, and 96 μg/L (moderate deficiency) in the Avon Longitudinal Study of Parents and Children cohort; iodine status was calculated for each cohort at a median gestational age of 13.1, 13, and 12 weeks, respectively.

Study limitations included the use of different tools to assess child IQ in each cohort.

In summarizing their findings, the researchers said, “this study confirms that iodine status in pregnancy is associated with child IQ and results indicate that the development of verbal IQ of the fetus is particularly vulnerable to suboptimal iodine concentration during early pregnancy up until the start of [the] second trimester.” 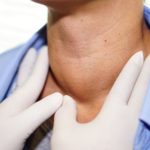