The gender pay gap is significant for reproductive endocrinology and infertility subspecialists in the United States, with women making substantially less money compared with men, according to study results published in Fertility and Sterility.

The researchers distributed a cross-sectional web-based survey to board-certified and board-eligible members of the Society for Reproductive Endocrinology and Infertility (SREI) using the SREI distribution list. The survey was sent twice between December 2017 and January 2018.

The primary outcome was continuous income, which the researchers calculated using the midpoint of salary and bonuses. Secondary outcomes included income based on type of practice, years in practice, region of the country in practice, and race/ethnicity of the survey respondent.

“An opportunity exists for practitioners in the field of obstetrics and gynecology and its subspecialties to lead by example in establishing new transparent norms and better policies that create an environment of equity in pay,” the researchers wrote. 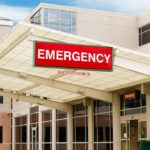