There’s something a bit ridiculous about charging $622 for walking through a door. Any consumer, having a reasonable choice between paying $7 for a single Band-Aid or walking across the street to a CVS and paying $5 for an entire box of Band-Aids would walk across the street and buy the box. However, as a patient in the ED you are rarely given that choice. Second, the $622 facility fee is arbitrary. Hospitals often argue that this is the cost of keeping the ED running — staffing it, maintaining inventory, paying for electricity, etc. Yet according to Ms Cliff, that facility fee is not the same for hospitals of a similar size in similar locations. In fact, it can vary widely from a couple hundred to several thousand dollars.

This ought to give us pause as to whether those facility fees really reflect the cost of keeping the doors open. Some might argue “Well that’s why you get health insurance.” However, even with health insurance these costs can be staggering. For example, I recently saw a $12,000 bill for a patient who spent 3 hours in the ED. Even if the insurance covers 75% of the bill, that’s still an unexpected $3,000. Furthermore, 14% to 26% of patients with insurance are charged for out-of-network providers or procedures.2 This is because of the fragmented nature of our healthcare system. While they are at a facility covered by their insurance plan, patients may be seen by physicians who are out of network and may undergo tests and procedures not covered by their insurance plan. Patients aren’t privy to these exceptions until after the fact, when they get a massive and financially crippling bill.

These are just a few examples of how our fragmented healthcare system is rewarded by being allowed to run amok and profit from its own dysfunction. Patients, ie, the consumers of healthcare, have little if any legal protections against egregious business practices. But maybe not for long. Representatives Frank Pallone (D-NJ) and Greg Walden (R-OR) have proposed a bipartisan bill that would require health insurers to treat out-of-network emergency care as in-network. The bill would also require that insurers pay out-of-network providers a minimum payment based on what they pay their in-network providers. Finally, it aims to prohibit providers from charging patients the difference between what the provider wants to be paid and what the insurance company is willing to pay.3

This is the kind of bipartisan policy we need. While this bill doesn’t come close to solving our healthcare woes, it is a major step in the right direction. While universal healthcare seems promising based on the wide success such systems have had in nearly every other developed nation in the world, it is unlikely to be the only solution. Like the proposed bill, we need more elected officials to work together by objectively reviewing facts and data rather than entertaining rhetoric based on anecdotal and often false narratives. Maybe then we might find ourselves developing innovative alternative solutions. In the meantime, we ought to go with what works instead of reverting back to policies that promote the prohibitive healthcare cost trend of previous years. 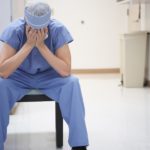