Gender gaps in grant funding were attributable to less favorable assessments of women as applicants, rather than the quality of their proposed research, per study data published in the Lancet.

Investigators assessed the outcomes of 23,918 grant applications submitted by 7093 principal investigators to the Canadian Institutes of Health Research grant programs between 2011 and 2016. After phasing out traditional application programs in 2014, the Canadian Institutes of Health Research divided funding into 2 distinct programs, “Project” and “Foundation.” In the Project program, application assessment was primarily based on the research proposal; for “Foundation,” applications were evaluated in the first stage, based on applicant credentials. Differences in application success rates between men and women across each program were assessed. Generalized estimating equations were used to account for multiple applications from the same individual. Grant success was modeled as a function of grant program, applicant’s self-reported sex, self-reported age, and self-declared domain of research, with an interaction term between applicant sex and grant program.

Of 7093 unique applicants for grant funding, 37% were submitted by women. The overall grant success rate in the cohort was 15.8%, with women experiencing significantly lower rates of success than men in the Foundation program, but not in the Project or traditional programs. After adjusting for age and research domain, the predicted probability of funding was 0.9 percentage points lower for women than for men in traditional grant programs (odds ratio, 0.934; 95% confidence interval, 0.854-1.022) and 4.0 percentage points lower in the Foundation program (OR, 0.705; 95% CI, 0.519-0.960). Odds of funding success were also influenced by area of study; research proposals in nonbiomedical domains were less likely to receive funding than their counterparts in the biomedical field. In addition, younger applicants were less likely to receive funding than older applicants.

In an application process more focused on applicant characteristics than proposal content, women achieved significantly less success than men. This trend did not persist in programs based on research proposal merit. These data suggest an innate bias against women in the grant review process. Further research is necessary to investigate means to improve funding access for women in research.

Whitman HO, Hendricks M, Straus S, Tannenbaum C. Are gender gaps due to evaluations of the applicant or the science? A natural experiment at a nationally functioning agency. Lancet. 2019;393:531-540. 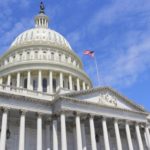