Physician burnout affects not only the quality of patient care but also leads to a significant financial burden on both a national and organizational level, according to study results published in Annals of Internal Medicine.

Researchers sought to create a model to estimate burnout-associated costs, particularly in relation to physician turnover and the reduction in clinical hours. Investigators made estimates through cost-consequence analysis via a mathematical model.

The cost-consequence analysis stratified physicians into one of 6 segments that included 2 age groups (<55 years and ≥55 years) and 3 specialty groups (primary care, surgical, and other specialties). Segment sizes matched the distribution of US physicians provided in the 2013 American Medical Association Physician Masterfile. Researchers estimated prevalence of burnout using data from a 2014 survey of 6880 physicians and examined 2 cost components: the cost of replacing a physician and the lost income from unfilled positions.

Researchers estimated that approximately $4.6 billion in costs per year can be attributed to physician burnout in the United States. In general, estimated turnover costs were higher than the costs associated with reduced productivity. These costs were higher among physicians who were <55 years.

Univariate sensitivity analyses indicated that the odds ratio linking burnout with turnover was “the input driving most of the uncertainty in the cost estimates.” The estimated annual burnout-attributable cost ranged from $2.2 billion to $6.7 billion. In multivariate sensitivity analyses, the estimate ranged from $2.6 billion to $6.3 billion at the national level and $4100 to $10,200 per physician at an organizational level.

“These results suggest that the economic costs attributable to physician burnout in the United States are substantial,” said the researchers, who noted that their analysis was “conservative” and omitted burnout-related costs that were more challenging to quantify.

Study limitations included the statistical imprecision driven by data sampling and the possibility that confounding was not fully controlled. In addition, some data were obtained via extrapolation or assumed to hold across subspecialties or age groups.

“Traditionally, the case for ameliorating physician burnout has been made primarily on ethical grounds. Our study provides tools to evaluate the economic dimension of this problem,” the researchers concluded. “Together with previous evidence… our results suggest that a strong financial basis exists for organizations to invest in remediating physician burnout.” 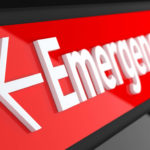