A month after the European Parliament’s Committee on Petitions introduced a scientific report detailing the harmful effects of endocrine-disrupting chemicals (EDCs) on human health, the Parliament has adopted a new resolution that calls for updated legislation to regulate these chemicals in consumer products like cosmetics, toys, and food contact materials.

The Endocrine Society, which advocates for science-based regulations of EDCs, commended the new resolution, stating that the cross-party majority vote “shows that all major political groups in Parliament are committed to protecting current and future generations from the public health threat posed by EDCs,” according to a press release from the Endocrine Society.

The resolution calls for the European Commission to introduce legislation for EDC regulation by June 2020 and indicates that EDCs should be viewed and regulated in the same way as carcinogens, considering they pose a similar threat to public health.

In addition, the resolution addresses the need for further research on EDCs and the development of more effective tests to identify EDCs in consumer products.

“We applaud this resolution sending a strong political signal based on latest science, that it is high time for the [European Union] to take serious action to address the cumulative impact of our daily exposure to chemical mixtures on public health,” said Angel Nadal, PhD, Chair of the Endocrine Society’s EDC Advisory Group. 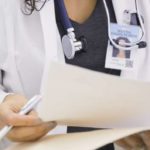