The field of nutritional epidemiology needs radical reform, according to a viewpoint article published in JAMA.

John P. A. Ioannidis, MD, DSc, from the Stanford Prevention Research Center and Meta-Research Innovation Center at Stanford University in California, argued that current published research suggests inflated survival advantages for certain foods, as well as causal relationships that have yet to be established.

In 1 example, Dr Ioannidis noted that taking the results from meta-analyses of cohort studies and assuming that these results represent lifelong causal associations for a baseline life expectancy of 80 years, eating 12 hazelnuts daily would increase the life span by 12 years; conversely, eating 2 slices of bacon daily would shorten the life span by a decade. He questions the believability of such results, and the science behind them.

Dr Ioannidis also detailed the complexity of studying diet over a lifetime, particularly based on self-report, and suggests that “[d]isentangling the potential influence on health outcomes of a single dietary component from these other variables is challenging, if not impossible.”

He compared studying the mortality risk associations of specific foods with studying that risk in large chromosomal regions. Genome studies have long attempted to associate large chromosomal areas to disease risk. However, these studies yielded little useful information, as each chromosomal area contains thousands of genetic variants. Likewise, he noted the futility of establishing results based on limited self-reported nutrition data gleaned from a few questions and self-reported answers in a system he argues “matches or exceeds the genome in complexity.”

The author also contended that in contrast to early genome studies, which were unlikely to affect public policy or the behavior of individuals, studies that exaggerate the benefits of certain foods or nutrients can do actual harm. Dr Ioannidis called for reanalysis and correction of past studies, and the funding of “[n]utritional epidemiologists who espouse reform…to conduct pivotal trials, widely share their cohort data, conduct transparent all-encompassing analyses, and explore entirely new avenues of nutrition research.” 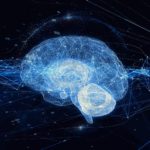