Introduction of the oral rotavirus vaccine is associated with a decline in the incidence of type 1 diabetes (T1D), according to findings from a study published in JAMA Pediatrics.

Infection with rotavirus has been associated with the development of T1D in children, and researchers hypothesized that if rotavirus infection plays a role in T1D, then vaccination could potentially decrease T1D incidence over time. In this study, they used publically available data to evaluate the incidence of T1D in a cohort of Australian children in the 8 years before the introduction of routine rotavirus vaccination and compared it with the 8-year period after its introduction. National coverage during this time period was estimated to be 84%.

“We report what is to our knowledge the first evidence of a decline in the incidence T1D after the introduction of oral [rotavirus] vaccine into a routine immunization schedule,” concluded the researchers.

“These findings have prompted our team to do a case-control linkage study to further explore the association between [rotavirus] vaccination and T1D incidence in Australian children.” 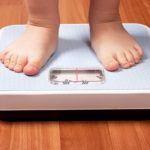