Maternal obesity and gestational diabetes may have important effects on early child body composition, but likely do not directly affect left ventricular mass in offspring, according to study results published in Diabetic Medicine.

While evidence shows that maternal obesity before pregnancy and gestational diabetes can lead to excess adiposity and increased cardiovascular risk in offspring, there is ongoing controversy regarding the influence of gestational diabetes and maternal adiposity on the development of the heart in early pregnancy. The goal of the current study was to assess the impact of these maternal factors on body composition in early childhood and left ventricular mass at 6 years of age.

The researchers acknowledged several study limitations, including the inclusion of a high percentage of mothers with obesity, thus the results may not apply to other forms of gestational diabetes; results are also limited to early childhood and may include potential bias secondary to child diet, physical activity, or other environmental factors.

“Maternal pre-gestational adiposity is reflected in child adiposity, but no direct association between [left ventricular mass] and child adiposity or evidence of [fetal] programming related to [gestational diabetes] or maternal obesity was found in early childhood,” concluded the researchers. 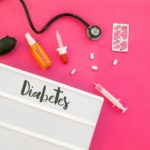 Variability of BMI, HDL-C in Childhood May Predict Risk for Diabetes in Adulthood