Children with type 1 diabetes (T1D) may have an altered growth pattern compared with children without T1D, with boys diagnosed with T1D experiencing metabolic impairment during peak growth velocity, according to a study published in the Journal of Diabetes Research.

Researchers identified 1294 children with T1D during pubertal growth via a diabetes registry in Germany to assess whether there is a relationship between hemoglobin A1c (HbA1c) deterioration and pubertal growth spurt.

The investigators hypothesized that insufficient metabolic control may be associated with impaired pubertal control, as impairment in overall adult height in children diagnosed with T1D has been observed.

During this study, the height standard deviation score in both boys and girls with T1D compared with children without T1D differed significantly (P <.0001); this difference was no longer evident once the children reached age 16. Body mass index (BMI) was also found to differ between children with and without T1D both during the study and after the children reached age 16 (P <.0001 and P <.0001, respectively). 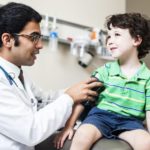