Patients with obesity take significantly fewer medications after weight-loss surgery than those who have not undergone surgery. Moreover, they end up spending 22.4% less on drugs for diabetes and heart disease, according to new research presented at Obesity Week 2014.

“This study is unique because it looks at so many patients and an overall reduction of 22% is a really big reduction. The use of high blood pressure medicines went down by almost 50%,” said study author John M. Morton, MD, Chief, Bariatric and Minimally Invasive Surgery, Stanford University School of Medicine.

Dr. Morton and his colleagues evaluated data from a database incorporating multiple insurers with a total enrollment of 56 million covered lives and representing all 50 states. The researchers analyzed data on 2,700 laparoscopic gastric bypass and gastric band patients before and after surgery, and compared them with an equal number of non-surgical patients matched for BMI and health status.

In the year before surgery, patients spent $3,098 on medications, compared with the non-surgical group, who spent $2,303. One year after surgery, however, researchers observed a reversal between the surgery and control groups in overall pharmacy costs ($2,209 vs. $2,407).

Over a 4-year period, patients with obesity incurred $9,900 in total pharmacy costs, whereas those who underwent surgery spent $8,411, translating to a difference of 22.4%.

Differences were even more dramatic when researchers looked at the change in the number of medications after weight-loss surgery. Use of diabetes drugs plunged by 73%, and hypertensive and cardiac medications declined by 47%.

It is estimated that 179,000 people had bariatric surgery in the United States last year at a cost ranging from $17,000 to $30,000, depending on surgical method and geography. A study from 2008 that calculated the medical cost savings showed that less frequent doctor visits and less use of costly drugs for obesity-related diseases offset the price of gastric bypass within 2 to 4 years.

Raul Rosenthal, MD, Director of the Bariatric and Metabolic Institute at Cleveland Clinic in Weston, Florida, said the economic case for bariatric surgery is compelling. However, he said less than 1% of potential candidates are receiving bariatric surgery.

Studies have shown that metabolic/bariatric surgery is the most effective and long-lasting treatment for severe obesity and many related conditions, and results in significant weight loss. Improved surgical techniques have enhanced outcomes and the risk for death is estimated to be 0.1%, and the overall likelihood of major complications is about 4%.

“We have a safe and effective treatment and a lot of people have a barrier to access. It is not covered by a lot of health insurance companies,” Dr. Morton said in an interview with Endocrinology Advisor. “There is a little bit of a bias against the obese. People feel they should be able to take care of themselves and surgery is not necessary.”

He said that bias needs to change, and much greater education efforts are needed to effect policy changes. Many obese patients could see significant improvements in their quality of life and lower their overall health care costs, but they are not being referred or they simply can’t afford it, Dr. Morton said. 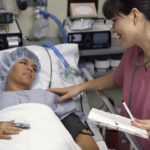