Increased weight loading reduces body weight and fat mass in patients with obesity, according to the results of a proof-of-concept randomized clinical trial published in EClinicalMedicine.

Although leptin has been recognized to have a major influence on energy balance and obesity, the effect of leptin treatment has been limited, which supports the presence of another homeostatic mechanism. The gravitostat — the concept of a loading-dependent homeostatic regulation of body weight and fat mass — was recently described in rodents by the researchers of the current study.

The same researchers aimed to investigate the effect of artificially increased weight loading on biological weight in obese humans. They evaluated the efficacy of using a heavy-weight vest (high load) compared with a light-weight vest (low load) in changing body weight from baseline.

No serious adverse event was reported in either group. Adverse events were more common in the high-load group compared with the low-load group (37.1% vs 16.2%, respectively), mostly secondary to musculoskeletal adverse events, including arthralgia, myalgia, pain in lower extremity, or swelling of the ankle and/or foot.

The researchers acknowledged several limitations to the study, including the short duration of the study and lack of blinding, as both the investigators and the participants could feel how heavy the selected weight vest was. Furthermore, the data on time using the weight vest was self-reported.

“[I]ncreased weight loading reduced body weight and fat mass in obese subjects in a similar way as previously shown in obese rodents. These findings demonstrate that there is a weight loading dependent homeostatic regulation of body weight, supporting the gravitostat hypothesis also in humans,” concluded the researchers.

Disclosure: This study was partially funded by the Novo Nordisk Foundation. Please see the original reference for a full list of authors’ disclosures. 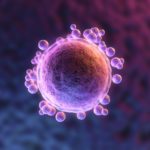