Limited data suggest that the children of U.S. service members may be at increased risk for disordered-eating. To date, no study has directly compared adolescent military-dependents to their civilian peers along measures of eating pathology and associated correlates. We, therefore, compared overweight and obese adolescent female military-dependents to their civilian counterparts along measures of eating-related pathology and psychosocial functioning.

Adolescent females with a BMI between the 85th and 97th percentiles and who reported loss-of-control eating completed interview and questionnaire assessments of eating-related and general psychopathology. 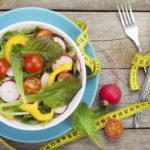 Metabolism Type Makes It Easier for Some to Lose Weight