(HealthDay News) — Simulations demonstrate that an excise tax on sugar-sweetened beverages would be the most effective policy for reducing child obesity, according to research published online in the American Journal of Preventive Medicine.

Alyson H. Kristensen, MPH, of the Partnership for Prevention in Washington, D.C., and colleagues performed a microsimulation analysis to estimate the projected impact of three federal policies on the prevalence of childhood obesity after 20 years of implementation.

Projections suggested that all three of these policies would reduce childhood obesity more among blacks and Hispanics than among whites. The sugar-sweetened beverage excise tax would have the greatest effect on reducing racial disparities in the prevalence of childhood obesity.

“Although the model predicts that each of these policies would reduce obesity in children and adolescents, the one cent tax on SSBs also has other characteristics that make it the best option,” Kristensen said in a statement. “The tax reduces obesity while at the same time generating significant revenue for additional obesity prevention activities.” 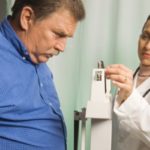