Participation in a guided exercise program has demonstrated improvements in bone mineral density in patients who undergo bariatric surgery, according to research published in the Journal of Bone and Mineral Research1.

Patients who undergo bariatric surgery have an increased risk of fracture compared to obese patients who do not have the surgery2. The fracture risk increases due to loss in bone mass and in the deterioration of bone quality after surgery. Yu EW, et al. wrote in a 2014 issue of the Journal of Bone Mineral Research3 that in the first year after bariatric surgery, bone mineral density decreased from 5-11% in the hip and 3-7% in the lumbar spine leading to bone fragility and increased fracture risk in a group of patients.

Up until now, most patients have been treated with high doses of calcium and vitamin D, but with limited efficacy, writes Florêncio Diniz‐Sousa, MSc, of the University of Porto in Portugal. He served as lead author of the new study in Journal of Bone and Mineral Research published in December.

Dr. Diniz‐Sousa and his colleagues conducted an open-label, single-center, randomized controlled trial with 2 parallel arms (ClinicalTrials.gov identifier NCT02843048) between 2016 and 2017.

Patients in the control group received usual care following bariatric surgery, including the prescription of proton pump inhibitors and multivitamin supplements. The exercise group received the usual medical care, plus a supervised, multicomponent exercise training program spanning 11 months (75 minutes per session; 3 sessions per week on nonconsecutive days). The exercise program included a warm up, high impact exercises, balance exercises, resistance training, and a cool down period. All participants were assessed at baseline and at 1, 6, and 12 months after surgery.

The study group included 84 patients initially, but ultimately, after eliminating those who dropped out of the program or were lost to follow-up, 20 patients were assigned to and completed the standard medical regime and 41 completed the exercise program.

Researchers also tested some of the specific mechanisms through which exercise may have indirectly influenced bone mineral density response, such as body composition, lower limb muscle strength, and daily physical activity. Results of these analyses indicated that only lean mass and the number of daily high-impact gravitational loads were significantly influenced by exercise training.

A secondary analysis showed that patients  in the exercise group who participated in exercise programs at least 50 percent of the time for 12 months had higher bone mineral density at the lumbar spine and femoral neck (+3.5% and +5.3%).

Seven and 13 patients in both the control and exercise groups experienced adverse events, including hepatic abscess, biliary colic, renal colic, acute viral conjunctivitis, major depressive disorder, knee sprain or pain, or nausea or vomiting, among others. Ten participants in the exercise group reported conditions that required program adjustments, but no participants withdrew due to adverse events.

Study limitations included participants’ low attendance at the exercise classes, known physical and psychological barriers associated with physical activity in people who undergo bariatric surgery, and a lack of generalizability outside the study population.

“Findings from our study support the notion that a physical exercise program is a valid option to induce bone benefits in patients with severe obesity submitted to bariatric surgery. A significant exercise treatment effect was observed on bone mineral density at lumbar spine and 1/3 radius. Moreover, exercise intervention also may induce a positive effect on femoral neck bone mineral density in those participants with higher (≥50%) training attendance levels,” Dr. Diniz‐Sousa and colleagues wrote.

This study was funded by the Foundation for Science and Technology of Portugal (FCT) (grant PTDC/DTP-DES/0968/2014) and by the European Regional Development Fund (ERDF) through the Operational Competitiveness Programme (COMPETE) (grant POCI-01-0145-FEDER-016707). 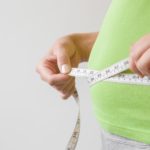