The first long-term study on the impact of calorie labeling on body weight shows that when used in universities, calorie labeling can reduce weight gain in students by nearly 8 lb, according to data presented at Obesity Week 2014.

The study conducted by British researchers demonstrates that calorie labeling may make a difference in the long run.

Recent guidance from the United States’ Affordable Care Act (ACA) and the United Kingdom’s Responsibility Deal encourage calorie labeling in chain restaurants, although studies have produced mixed results as to the effects of calorie labeling on consumers’ meal choices and weight status.

This new study, however, shows that consistent exposure to prominent calorie labeling of main meals reduced the likelihood of young adults gaining any weight over a 1-year period by 50%.

Charoula Konstantia Nikolaou, BSc, MSc, from the University of Glasgow, Scotland, and her colleagues examined food choices and weights of university students from two 36-week academic years. The two groups included 120 students each, all of whom were similar in age, gender and ethnicity. All the students lived in fully catered accommodations.

Spokeswoman for The Obesity Society Sara Bleich, PhD, Associate Professor at Johns Hopkins Bloomberg School of Public Health in Baltimore, said this study should serve as a wake-up call for policymakers.

“Almost all of the U.S.-based studies looking at calorie labeling and behavior change have shown little to no effect on calorie purchases. This is because most people do not report seeing the information and because reporting absolute calories may not be very meaningful for Americans who tend to know little about calorie and nutrition recommendations,” Dr. Bleich told Endocrinology Advisor.

Adam Tsai, MD, who specializes in Internal Medicine at the University of Colorado Hospital in Denver, said these findings are rather promising and highlight the importance of making the labels large, readable and prominently displayed.

“It is very intriguing. It is the first study to look at changes in weight following calorie labeling. So, I think it is very exciting.  It has some limitations like all studies, but it is encouraging,” Dr. Tsai said in an interview with Endocrinology Advisor. “It could work in the U.S. It is something that may take time for people to get used to.” 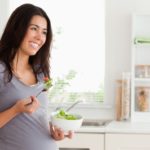