Daily aspirin use was associated with less severe histologic features of nonalcoholic fatty liver disease (NAFLD) and steatohepatitis (NASH), and with lower risk for progression to advanced fibrosis with time, according to a study recently published in Clinical Gastroenterology and Hepatology.

The investigators conducted a prospective cohort study of adults with biopsy-confirmed NAFLD between 2006 and 2015. Patients were regularly examined for incident advanced fibrosis. Liver biopsies collected at baseline were used for histologic analysis. At each examination, data collection included the frequency and duration of aspirin and nonsteroidal anti-inflammatory drug (NSAID) use to test for their potential associations with NASH and fibrosis.

The authors concluded that their findings provide support for the potential hepatoprotective effects of aspirin in patients with NAFLD. Studies to uncover the mechanisms by which aspirin might prevent fibrogenesis may potentially help develop urgently needed antifibrotic therapies for NAFLD. 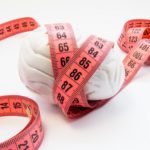 Obesity in Midlife May Increase Late-Life Dementia Risk in Women