Revisional bariatric surgery in patients with persistent metabolic disease after primary bariatric surgery may improve comorbidities and metabolic outcomes related to obesity, according to study results published in Surgery for Obesity and Related Diseases.

Revisional bariatric surgery includes conversion, corrective, or reversal surgery and is usually indicated for inadequate weight loss and weight recidivism. However, in some instances, despite adequate weight loss after the procedure, metabolic derangement and comorbidities related to obesity may persist.

The goal of the current systematic review and meta-analysis was to explore the effect of revisional bariatric surgery on metabolic complications related to obesity, including type 2 diabetes, hypertension, dyslipidemia, and obstructive sleep apnea.

The investigators searched several online databases, including PubMed (MEDLINE), EMBASE, and the Cochrane Library, for prospective and retrospective studies published from inception to December 2018. Of 604 potentially relevant records, the meta-analysis included 33 studies with 1593 participants.

Remission of dyslipidemia was reported in 37% of patients after revisional bariatric surgery. The researchers were unable to evaluate if this improvement was related to type of surgery given the small number of studies that reported dyslipidemia remission (n=10). Improvement in obstructive sleep apnea was seen in 86% of patients, and again, subtypes of revisional surgery were not analyzed due to the small number of studies (n=11).

The study had several limitations, including those related to the included observational studies, lack of randomized controlled trials, and significant heterogeneity in the subgroup analyses.

“[O]ur study shows that revisional bariatric surgery improves outcomes of obesity related co-morbidities and should be considered in patients with persistent metabolic disease after primary bariatric surgery,” concluded the researchers. 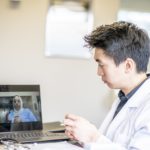