The finding emerged from a study of 1577 men with mCRPC enrolled from the control arm of 3 phase 3 randomized controlled trials (ASCENT2, MAINSAL, and VENICE). Patients had a median age of 69 years and a median body mass index (BMI) of 28 kg/m2. Of the population, 655 had died by the end of the studies. The median follow-up for survivors was 12 months. The investigators defined obesity as a BMI higher than 30 kg/m2 and normal weight and overweight as a BMI of 20-25 and 25-30 kg/m2, respectively.

Dr Cirulli and colleagues examined interactions between BMI and chemotherapy (docetaxel) dose to exclude any possible effect attributable to higher doses of chemotherapy and found no association.

Commenting on the findings in an EAU press statement, Peter Albers, MD, from Düsseldorf University, who chairs the EAU Scientific Congress Office, said, “There are many possible explanations for the association of body weight with positive outcome in metastatic cancers. It might be that patients with higher BMI are able to tolerate the toxicity of the treatments and their side effects better; in prostate cancer it might be due to the protective impact of hormones found in tissue fat; and it is known that healthy men with slightly higher BMI have a higher overall life expectancy compared to very slim ones.”

The latest study adds to previous findings by other investigators suggesting a protective effect of obesity in men with prostate cancer. In a previous study of 1129 men with nonmetastatic CRPC published in BJU International in 2018, investigators found that obesity (BMI of 30 kg/m2 or higher) was significantly associated with a 21% decreased risk for death from any cause compared with normal weight (BMI 21-24.9 kg/m2) patients, but was not associated with PCSM.2 A study of 1226 men with metastatic CRPC published in Cancer in 2007 showed that compared with normal weight men (BMI 18.5-24.9 kg/m2), both overweight (BMI 25-29.9 kg/m2) and obese men (30 kg/m2 or higher) had a significant 20% decreased risk for death.3 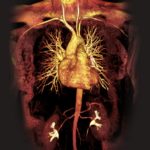