Higher body mass index (BMI) levels are causally associated with an increased risk of diabetic nephropathy (DN) and decreased levels of estimated glomerular filtration rate (eGFR), and this relationship is particularly pronounced in women.These study results were published in the Journal of Clinical Endocrinology & Metabolism.

Investigators used Mendelian randomization (MR) in a 2-sample analysis to assess the causal effect of BMI on DN and kidney traits in people with type 2 diabetes (T2D).

The researchers obtained data from the BioBank Japan discovery genome-wide association studies (GWAS) analyses to obtain genetic variants associated with BMI, which included 158,284 Japanese individuals and 85 loci associated with BMI. A total of 56 single nucleotide polymorphisms (SNPs) were maintained as genetic instrumental variables for the causal analysis in all participants.

Primary outcome data were derived from the DN GWAS cohort, which included 3972 Chinese patients with T2D (1314 DN cases, 2658 control individuals). Logistic regression was used to test the effects of SNPs on DN and adjusted for age, sex, BMI, and the top 5 principal components.

One of the study limitations, according to the researchers, was that the MR analysis was specific to Asian individuals and was not verified in European individuals. Also, owing to the lack of public DN GWAS data in T2D, a limited sample size was used. Furthermore, the researchers noted, the nonlinear relationship between BMI and DN was impossible to detect in the 2-sample MR analysis.

“Our study provided genetic evidence that higher BMI was associated with an increased risk of DN and decreased level of eGFR in East Asian populations,” the researchers concluded. “Moreover, the increase in BMI level had a more significant influence on the risk of DN in women. These results provide a theoretical basis for the potential therapeutic benefits of reducing BMI to prevent the occurrence and progression of DN.” 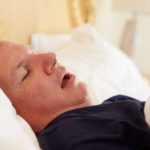