Obesity in early adulthood is associated with increased risk for venous thromboembolism (VTE) later in life, according to study results published in the Journal of Internal Medicine.

Obesity is a well-established risk factor for cardiovascular disease in adulthood, but the effect of obesity in adolescence on health problems in adulthood is less clear. Using data from the Swedish Military Service Conscription Register, investigators aimed to evaluate the relationship between body mass index (BMI) levels in young adulthood and later development of VTE.

The study population consisted of over 1.6 million men who enlisted for military service in Sweden between the ages of 17 and 24 years. Height and weight were used to calculate BMI at enlistment. Data on cardiovascular outcomes were obtained from the National Patient Registry.

The researchers noted that the study lacked data on subsequent weight changes after enlistment, which precluded the researchers from assessing how weight loss may have affected future cardiovascular disease risk. 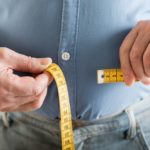 Obesity Found to Increase the Risk for Pulmonary Hypertension