Bariatric surgery is an accepted method of promoting weight loss and improving weight-related comorbidities in obese patients, but mental health has received less attention, according to background information in the study. Although mental health conditions may be common in this patient population, research on the prevalence and their association with outcomes after bariatric surgery varies.

To learn more, researchers conducted a meta-analysis including 68 publications that examined the prevalence of preoperative mental health conditions and postoperative outcomes in patients seeking or undergoing bariatric surgery.

“Both estimates are higher than published rates for the general U.S. population, suggesting that special attention should be paid to these conditions among bariatric patients,” noted the researchers. “Other mental health conditions, such as psychosis, PTSD, and personality disorders are less common but may be more prominent in select subgroups such as U.S. veterans.”

Data regarding the link between preoperative mental health conditions and postoperative weight loss were conflicting, according to the analysis. Neither depression nor binge eating disorder was consistently associated with differences in weight outcomes.

However, bariatric surgery was consistently associated with an 8% to 74% decrease in prevalence of depression in 7 studies and a 40% to 70% decrease in the severity of depressive symptoms in 6 studies, the researchers noted.

“Future studies would benefit from including these characteristics as well as having clear eligibility criteria, standardized instruments, regular measurement intervals, and transparency with respect to time-specific follow-up rates. By addressing these methodological issues, future work can help to identify the optimal strategy for evaluating patients’ mental health prior to bariatric surgery,” they concluded. 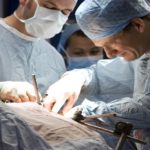