Lactobacillus supplements can reduce low-density lipoprotein cholesterol (LDL-C) and total cholesterol in patients who are overweight or obese, according to study findings published in Clinical Nutrition.

Researchers conducted a systematic review and meta-analysis across studies in 7 electronic databases and 2 trial registers (ClinicalTrials.gov; World Health Organization’s International Clinical Trials Registration Platform Search Portal [ICTRP]). A total of 9 randomized controlled trials that assessed the effect of Lactobacillus supplementation in patients who were overweight or obese were identified and included in the analysis.

The study population included adults aged 18 to 65 years who were classified as overweight based on a body mass index (BMI) of 25 to 29.9 or obese, defined as a BMI of 30 or greater. Trials that were conducted in Asian countries included patients with a BMI of greater than 23.

Researchers measured the differences in outcomes between the treatment and control group participants using the mean difference (MD). For crossover studies, researchers recorded the mean values at the end of the first-crossover period. Heterogeneity was measured using I2, with an I2 of greater than 50% indicating significant heterogeneity.

With only a few studies included, researchers were unable to conduct sensitivity and subgroup analysis to assess heterogeneity and publication bias within studies.

Overall, patients who took Lactobacillus supplements observed reduction in LDL-C, total cholesterol, fasting plasma glucose after 12 weeks of supplementation, and BP (short-term), but no significant effects on HDL-C or triglycerides.

“Lactobacillus supplementation represents a promising approach in the management of obesity-related diseases,” the study authors concluded. 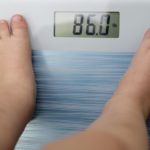