(HealthDay News) — Watching television, even for just an hour a day, may boost the risk that young children will be overweight or obese, according to new research presented at the annual meeting of the Pediatric Academic Societies in San Diego.

The study included data from the Early Childhood Longitudinal Survey of 11,113 children attending kindergarten in 2011 to 2012. The database included the number of hours children watched television, how often they used computers and records of their height and weight. A year later, most of the children were evaluated again for these same factors.

The more they watched, the higher the likelihood, he found. This was only television screen time; no other screen activities were evaluated.

No link was found between computer use and unhealthy weights.

The American Academy of Pediatrics (AAP) advises parents to avoid all screen time for children age 2 years and under, and to limit entertainment screen time for older children to less than 1 to 2 hours a day. DeBoer said it may be time for the AAP to reconsider that policy and lower it even more. 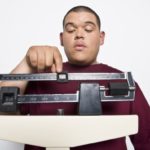