The use of wearable technology devices may not offer an advantage over traditional behavioral interventions for weight loss, according to research published in JAMA.

The researchers enrolled 471 adult participants from October 2010 to October 2012, randomly assigned to either the standard or enhanced intervention group. Eligible patients were aged 18 to 35 years, had a BMI of 25 to 40, access to a text message-capable cell phone, and a computer with internet access.

For the first 6 months, both groups received weekly, group-based intervention contact, in which theory-based strategies were used to promote adherence to weight loss behaviors. Participants received weight change feedback at each session. Between months 7 and 24, participants were also scheduled to receive a monthly phone call lasting 10 minutes or less in addition to weekly text messages to prompt engagement in weight loss behaviors.

In addition to behavioral interventions, both groups underwent dietary intervention. For the first 6 months, participants self-monitored dietary intake; at month 7, members of the standard intervention group self-reported using a website designed for the study. Individuals weighing between 90.7 kg and 113.4 kg at baseline were prescribed 1200 kcal/day and participants who weighed more than 113.4 kg were prescribed 1800 kcal/day. Individual calorie intake was increased if a person’s weight loss exceeded 6% during each 4-week period.

Nonsupervised moderate-to-vigorous physical activity was prescribed to both intervention groups, starting at 100 minutes per week and increasing at 4-week intervals until 300 minutes per week was achieved. Participants self-monitored for the first 6 months; at month 7, the standard intervention group self-reported via a study-designed website while the enhanced intervention group was provided with and encouraged to use a “commercially available wearable technology” that included a mulitsensor device, worn on the upper arm, to provide feedback on energy expenditure and physical activity.

“The addition of wearable technology to a behavioral intervention was less effective for 24-month weight loss,” Dr Jakicic and colleagues wrote. “The reason for this difference in weight loss between [the 2 groups] warrants further investigation.”

The researchers concluded that since the benefits achieved at 6 months were not fully sustained long-term, challenges remain in preventing or minimizing weight regain following initial weight loss in adults.

This study was supported by grant U01HL096770 from the National Institutes of Health and the National Heart, Lung, and Blood Institute (NHLBI). 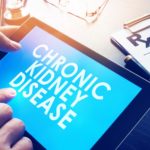