The presence of dyspnea in patients with obesity is associated with a reduction in lung volumes and higher body mass index (BMI), which may be related to a higher percentage of fat mass in central body regions. These are among the results of an analysis recently published in the BMC Pulmonary Medicine.

Recognizing that obesity is a risk factor for dyspnea whose mechanisms remain unclear, the investigators sought to evaluate the relationships between dyspnea in daily living, pulmonary function, and body composition in patients with obesity. The secondary study objectives included an analysis of the relationships between dyspnea in daily living and sarcopenia, according to appendicular lean mass and measurements of handgrip strength. Relationships among dyspnea, comorbidities, and laboratory parameters were explored as well.

Between January 2017 and February 2020, 130 consecutive adult patients (103 women and 27 men) with obesity were referred for a project on bariatric surgery to the Department of Nutrition at the University Hospital of Reims in France. Patients were assessed for dyspnea, lung function, body composition, and handgrip strength.

No differences were observed between patients with disabling dyspnea and those without disabling dyspnea with respect to comorbidities (except for hypertension), laboratory parameters, and markers for sarcopenia.

A major limitation of the current study is the fact that ethnicity was not taken into account in pulmonary function test predicted values. Further, the study was conducted in a single center, which may limit its generalizability.

The researchers concluded that additional studies are warranted, to explore the ways in which dyspnea and body composition may change with the use of interventions such as bariatric surgery and physical activity. 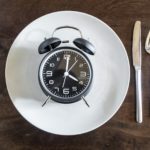