In addition to triggering weight loss, bariatric surgery may even affect a patient’s tongue and how it functions, according to data presented at Obesity Week 2014. Researchers reported that patients who undergo bariatric surgery may lose more weight if their degree of taste plummets postoperatively.

Specifically, researchers from Stanford University School of Medicine conducted a small study and found that patients who reported a decrease in taste intensity after bariatric surgery appeared to have significantly excess weight loss after 3 months.

“They are craving fewer sweets,” said study author John Morton MD, Chief of Bariatric and Minimally Invasive Surgery at Stanford University School of Medicine. “The patients had a different taste sensitivity after surgery.”

It appears that it is not just the flavor that influences weight loss but also the intensity of the flavor, said Dr. Morton.

“[Obese people] probably miss the satisfaction from taste and subsequently replace it with volume. So, they are replacing taste for volume,” Dr. Morton said in an interview with Endocrinology Advisor. “What we are trying to investigate is if you can teach taste appreciation and help people lose or maintain weight that way.”

In the study, the majority (87%) of patients reported a change in taste after bariatric surgery. The researchers found that 42% reported they ate less because food did not taste as good.

The patients who reported a decrease in taste intensity lost 20% more weight over 3 months than those whose taste intensified. Interestingly, the patients with the highest BMIs at 3 months and 6 months postoperatively had the lowest preoperative sweet taste scores.

This study included 88 patient (mean age, 49 years), 69% of whom were women. Half the patients were white, and average preoperative BMI was 45.3.

In a press release, Jaime Ponce, MD, Medical Director for Hamilton Medical Center Bariatric Surgery program and Immediate Past-President of the American Society of Metabolic and Bariatric Surgery, said this study provides excellent new insight on taste change after bariatric surgery. More research is warranted to see if it may be possible to adjust taste perception to increase weight loss, she said. 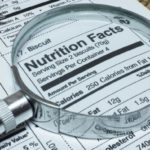