Diazoxide can be used to lower levels of insulin up to 70% in non-diabetic men with obesity without significant adverse side effects, according to a study recently published in The Journal of Clinical Endocrinology & Metabolism.

The range of tolerated diazoxide dose was between 200 and 700 mg/day, with a mean maximal tolerated dose of 422±44 mg/day. The dose was limited by 6 cases of hyperglycemia, 2 cases of nausea, and 11 cases of edema. Administrators reduced the dose until each participant experienced no side effects, at which point fasting insulin levels were observed to decrease significantly more in the diazoxide arms (-72.3±3.5%) than in placebo (-23±12.6%; P <.001).

Obesity is often linked with hyperinsulinism, in which β-cells overcompensate in countering resistance to insulin. Diazoxide is effective at suppressing glucose-stimulated insulin secretion, although its use is limited by a lack of clinical data. This study sought to determine how diazoxide affects glucose and lipid metabolism in non-diabetic men with obesity.

The study researchers conclude that “[in] non-diabetic obese men, insulin levels can be reduced up to 70% without major metabolic side effects. The marked inter-subject variation in [maximal tolerated dose] indicates that [diazoxide] dose titration needs to be individualized.” 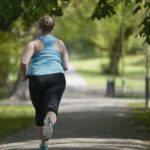