The gut viral community (virome) may play an important role in the development of obesity and type 2 diabetes (T2D), according to a study published in Gastroenterology.

Obesity and T2D are global public health challenges. Controlling obesity is vital, as it is associated with an increased risk for cardiac and neurological comorbidities and complications, as well as T2D. While obesity and T2D have been related to changes in gut bacterial composition, little is known about the role of the virome in disease development.

ObT2 patients had decreased gut viral richness and diversity compared with lean controls in the HK cohort (P <.05), while no significant differences were observed in the KM cohort (P =.23). Analysis revealed greater changes in gut virome composition among patients with obesity in the HK cohort vs the KM cohort when compared with lean controls. Investigators inferred that these results indicate geographic factors may contribute to alterations in the gut virome as well.

Ecological analysis revealed that the trans-kingdom correlations between viruses and bacteria in lean controls were significantly decreased in ObT2 patients. Further, Enterobacteria phage and Psuedomonas phage, both known to host on certain bacteria associated with metabolic diseases, were more positively correlated with healthy bacteria in the lean controls cohort. These results suggest a positive relationship between bacterial predators and helpful bacteria may contribute to the health of the gut microbiome.

This study was limited by its use of only fecal samples, as virome composition likely differs throughout the body (eg, use of mucus or mucosa samples). Additionally, the study did not include patients with pre-diabetes, preventing researchers from analyzing the use of gut viral profiles for the prediction of full diabetes.

The authors concluded that, “[O]besity is characterized by significantly altered viral taxonomic composition and weaken[ed] viral-bacterial correlations compared with lean controls.” “Further investigations are needed to verify the cause-effect relationship of gut virome in the pathogenesis of obesity and T2D,” they concluded. 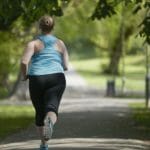 Diet, Exercise, and Drug Regimen May Help Patients With Obesity