Bariatric surgery in obese patients was found to be associated with decreased risks for hypertension, heart failure, and all-cause mortality compared with routine care, according to a study published in the British Journal of Surgery.

There is a paucity of real-world data concerning the effect of bariatric surgery on the incidence of cardiovascular disease (CVD) and CVD-related mortality.

The primary outcomes were the incidence of a composite of CVD (ie, ischemic heart disease, heart failure [HF], stroke and transient ischemic attack) and all-cause mortality, hypertension, and atrial fibrillation.

Study strengths include the use of a validated data source and a large sample size. Study limitations include possible residual bias inherent to all observational studies.

“The present study has shown that mortality benefits start to occur relatively early following bariatric surgery. Similarly, the impact on HF, hypertension and CVD also started early during the follow-up, within the first 2 years,” noted the authors. 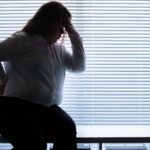 Effects of Weight Loss on Migraine Characteristics in Patients With Obesity