Both the American public and health care professionals (HCPs) have changed their perception of obesity during the past year, with more people viewing obesity as a community problem as opposed to a personal one resulting from bad choices, according to new research presented at Obesity Week 2014.

Study researcher Ted Kyle, RPh, MBA, of ConscienHealth in Pittsburgh, said weight bias and stigma continue to complicate clinical outcomes. He and his colleagues wanted to measure any shifts that might affect or result from public policy changes.

To do so, they conducted an online survey of a representative sample of 54,111 U.S. adults and 5,024 HCPs. All participants were asked whether they viewed obesity primarily as a personal problem related to bad choices, a community problem of bad food and inactivity, or a medical problem.

The study also looked at how demographic variables, such as age, gender, income, region and urban density, were associated with the changing views of the public and HCPs.

“This study was aimed at measuring how people view obesity and I think we are making progress,” said Kyle.

However, the researchers were surprised to find that the HCPs who view obesity primarily as a medical problem actually decreased between 2013 and 2014 (31% vs. 19%). 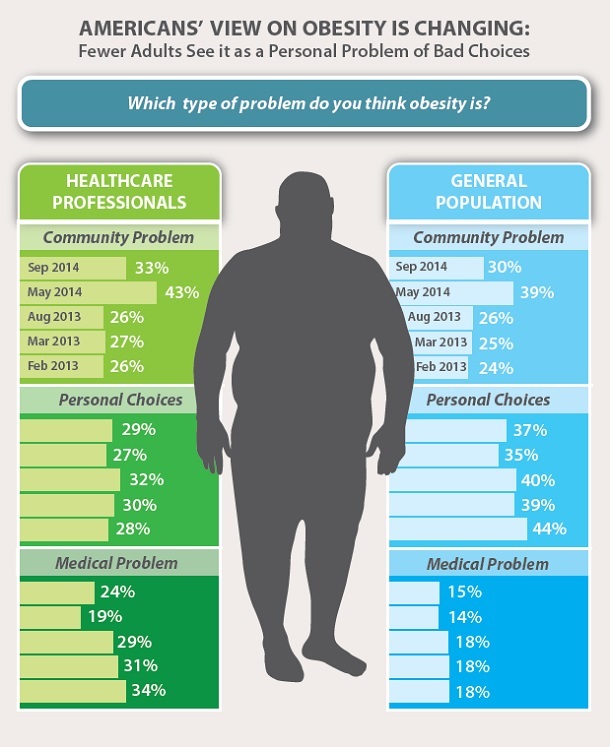 Courtesy of The Obesity Society

The American Medical Association (AMA) 2013 decision to classify obesity as a chronic disease appeared to have little impact, though, the researchers said.

In a press release, Rebecca Puhl, PhD, who is the Deputy Director at Yale University’s Rudd Center for Food Policy & Obesity and a spokeswoman for The Obesity Society, said obesity is a very complex, chronic medical condition and successful treatment often requires the support and care of physicians.

Nevertheless, she said current trends are encouraging because they suggest a shift away from simplistic, biased views that focus on personal blame. Puhl said the more that people recognize shared risks for obesity, the more likely they are to support evidence-based approaches to reducing obesity’s impact.

Kyle agreed with Puhl and said there is a very good trend underway in terms of how obesity is viewed and the fact that more people see it as a community problem.

“There is a problem with obesity that involves blame or stigma and people will tend to shy away from medical care because of being shamed or stigmas,” Kyle said in an interview with Endocrinology Advisor.

He said one of the major problems is a lack of good medical regimens. He noted there are currently only four approved medications for the treatment obesity.

“We now have four drugs, and that is a significant improvement, but we obviously need much more. We have 40 or 50 medications for diabetes and hundreds for hypertension,” Kyle said. 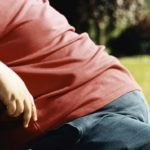