HealthDay News — Just weeks after dropping masking rules, some overseas airlines have cancelled hundreds of flights as they struggle with staffing shortages related to COVID-19. This comes as the leading US airlines have urged the Biden administration to scrap a mask mandate for passengers.

Swiss airline EasyJet removed its mask mandate on March 27, after the United Kingdom removed all travel restrictions earlier in March. But between March 28 and April 3, EasyJet had to cancel 202 of its 3517 flights scheduled to depart from the United Kingdom, according to data from the aviation analytics company Cirium, CBS News reported. The company did not cancel any flights departing from the United Kingdom during the same period in 2019, before the pandemic.

The recent increase in cancelled flights is the result of “higher than usual staff sickness levels” due to a recent surge in COVID-19 cases across Europe, an EasyJet spokesperson told CBS News.

Masks have been optional for staff and passengers on British Airways since March 16. Between March 28 and April 3, the airline cancelled 393 of 2405 flights scheduled to depart from the United Kingdom, according to Cirium. Only a small number of those flights were cancelled due to COVID-19, an airline spokesperson told CBS News.

Cancellations were all but guaranteed after mask mandates were lifted by overseas airlines, and a similar move by US airlines “would backfire in many ways,” such as making people more hesitant to fly, warned Eric Feigl-Ding, an epidemiologist and health economist at the Harvard TH Chan School of Public Health.

“It’s very clear that the airline industry is particularly vulnerable, and this creates a cascading effect on society more than, say, a restaurant closing would,” Feigl-Ding told CBS News. “This is critical infrastructure and these are essential employees, and we’re endangering our economy. Stopping COVID is good for our economy, ‘letting it rip’ is the exact opposite.” 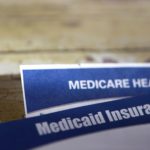