Obesity was found to significantly increase the risk for postoperative surgical site infection (SSI) among patients who underwent either total hip replacement (THR) or total knee replacement (TNR), according to results of a study published in Journal of Infectious Diseases and Epidemiology.

Researchers conducted a case-control study to assess the risk factors and frequency of postoperative SSI among patients who underwent THR or TKR at a hospital in Brazil between January 2007 and December 2011. Of a total of 390 patients included in the study 16 (4.1%) developed a postoperative SSI.

The infectious agents identified among all patients who developed a postoperative SSI were Staphylococcus aureus (33.3%), Acinetobacter baumannii (25%), Enterococcus faecalis (16.7%), Klebsiella sp (25%), Proteus mirabilis (16.7%), Enterobacter cloacae (8.3%), Escherichia coli (8.3%), and Serratia marcescens (8.3%). There were no deaths associated with infection, and 85.7% of patients underwent revision of prosthesis in two stages.

The researchers concluded that “the infection rate was approximately 4% in both procedures and probably reflects a sample composed of patients with comorbidities such as obesity, advanced age, and polymicrobial infection caused by bacteria [with the] most resistance.” 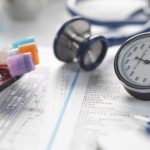