People with posttraumatic stress disorder (PTSD) without borderline personality disorder did not form false memories any more often than healthy individuals, according to a recent study published in Psychiatry Research. The results of the study contradict past research that indicates people with PTSD experienced significantly higher incidence of false memory.

Both PTSD and borderline personality disorder (BPD) are thought to be prone to false memory, a condition that may delay remission and influence therapeutic interaction. Because PTSD and BPD often go together, the researchers examined rates of false memory in individuals with PTSD and BPD, but without comorbid disorders.

The researchers used a depression-specific version of the Deese-Roediger-McDermott (DRM) paradigm to measure participants’ tendencies to remember certain stimuli they hadn’t heard before. Participants included 28 people with PTSD without comorbid BPD, 32 patients with BPD without comorbid PTSD, and 30 controls.

The researchers can only speculate as to why different word lists did not produce more striking differences between groups. It could be that the word lists triggered false memory in all groups, making it hard to decipher differences.

“These results show the importance of thoroughly controlling for comorbidity in PTSD when investigating the formation of false memory,” the researchers concluded. “Future studies should individualize material to trauma related topics in PTSD, since this factor might be an important mediator in understanding alterations in false memory formation in PTSD.” 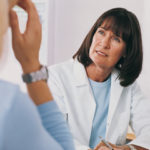